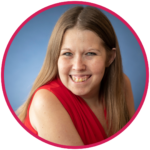 Jessica Wright is a brain tumour survivor. In 2018, after an application process, she was selected as one of four Survivor to Survivor (S2S) Network Presenters. POGO’s S2S Network is a special series of interactive sessions where survivors present helpful information, lead discussions and share personal experiences about a variety of survivorship topics. During the course of their engagement, presenters build skills, a connection and a community with fellow survivors.

By the time I was 10 years old, I was having lots of migraines and struggling at school.

My family brought me to the doctor several times, but I wasn’t diagnosed until my teacher—a childhood cancer survivor herself—convinced my parents to insist I get an MRI. I remember all of us were in shock when they told us I had a pilocytic astrocytoma tumour, which is essentially a slow growing brain tumour.

The tumour is smack in the middle of my brain so chemo would not have been effective, and surgery was not an option. I was treated with radiation for six weeks, but I still live with the tumour today; I liken it to a dead mouse behind a wall. I also live with several side effects. I struggle with balance; I move a bit slower than the average person and my strength is very poor. I have a strong sensitivity to smells and I still suffer from migraines. I am also blind in one eye. None of these things are significantly noticeable so I blend in with the rest of the world and look like a healthy person. That’s the thing with childhood cancer survivors; many of us live with disabilities long after we survived our illness. For some people, like me, these disabilities are invisible so we can be perceived as lazy, especially in a school or work environment.

That is why I am so grateful to POGO for creating a program where survivors can learn from each other about how to deal with things like employment, school, advocacy and disclosure. I need special accommodations to compensate for my disabilities and I have learned firsthand that how and when you choose to disclose these things can contribute to your success at work.

There was the time I was hired to work at a store, and I chose not to disclose my disability. My job was to stock the shelves and set up for the store’s grand opening, after which, perhaps, I would be hired permanently once the store opened. It went well for the first couple of days until I got stuck in the aisle with cleaning products. I tried to tough it out, but I got light-headed and felt faint. I asked my supervisor if I could be moved to another area of the store and she was accommodating, but my co-workers didn’t know why; they just felt I was getting special treatment. I think if I had said something at the beginning, I would never have been put in that aisle to begin with and maybe things would have turned out differently.

I have another story where I disclosed my disabilities during the hiring process because part of my job was going to be accepting deliveries. I let them know that I cannot manage with very heavy lifting and about some of my other challenges because of my brain tumour. My supervisor was very understanding and even supportive. After a few weeks, when she saw me struggling at the end of a long day, she asked if I wanted to work shorter shifts. She tried to work around my limitations as best she could.

Being a POGO S2S facilitator has enabled me to share my experiences with other survivors and hopefully help them cope with their own struggles. It has also been very uplifting and empowering for me. Everyone understands what I am going through. No matter what I say or what I do, they don’t judge me, and they don’t complain. I have never been anywhere where I felt so accepted. It has truly been the best experience of my life.