Ten years ago, I was diagnosed with a papillary brain tumour of the pineal region. I went through three surgeries, a lumbar puncture and thirty treatments of radiation at CHEO and SickKids. I am 21 now.

Since I was young, music has been important in my life. When I was in the hospital for cancer treatment, I would associate different doctors, nurses and family members with songs. I also sang to help me through tough times. In fact, when I woke from the third surgery, my family and doctors were surprised to find me singing!

And it’s not just me. Neurological researchers have found that music reduces the stress hormone cortisol. It releases dopamine and serotonin into the brain, helping you relax and stay focused. And it stimulates oxytocin—a hormone related to positive, happy feelings. Studies have also shown that music can help people process their feelings and change their mood completely.

Try it yourself! When someone you know is in a bad mood, try playing one of their favourite songs to see how they react. It might seem like a small thing, but as mentioned above, music can improve your mood and your whole outlook.

The transition to return to school can be exceptionally difficult after a long period of cancer treatment. I experienced this firsthand. I was diagnosed with cancer early in Grade 7, which caused me to miss eight of the ten months in that school year and much of the next because I was still on active treatment. It was challenging to manage my health and academics simultaneously, but I found that there were a few things that made school a bit easier.

If you’re anything like me, you don’t like to get “special treatment.” However, it is warranted sometimes and I recommend you try doing everything you can to make your school life less difficult. Here are some of my tips to make the transition easier, especially if you’re in middle school or high school. 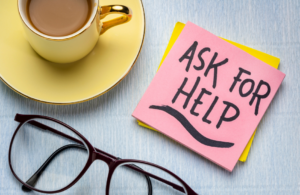 Count on your friends

One thing I found very challenging after my return to school was my social life. Before diagnosis, my main way of socializing was with friends at school. But when I returned to the classroom the following year, I hardly knew anyone. I requested the school transfer one of my close friends into my class which made the school year significantly more manageable for me. I had someone I could talk with; he introduced me to other people which helped me build my social skills. Also, if I ever fell behind on schoolwork, I could rely on my friend to catch me up with anything I missed. Having that one friend can be a huge help socially and academically, both of which I really appreciated back then.

Get support from your teachers

Another incredibly useful support is to have understanding teachers who are willing to accommodate you regarding tests and assignments. This means taking the time to explain your diagnosis and any related issues you may still be experiencing. When your teachers are informed and willing to support you, this allows you to focus on your health if there are times when you don’t feel too great. The biggest thing about support from teachers is not to be afraid of asking for extensions when you need the extra time. If you come across a teacher who does not understand your situation, it would be best to speak with a guidance counsellor or the principal to see if they can help you get the accommodations you need.

Build strength by asking for help

The bottom line is that it’s okay to ask for help or speak up if you have an idea for a way to make your transition back to school easier. It’s an exciting and challenging time and some people will understand that and support you. Remember, asking for help is a strength, not a weakness! 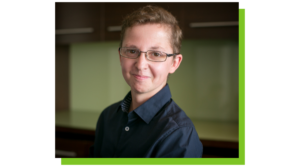 Now, many people will tell you that going through cancer changes you and gives you a new outlook on life, and in many cases, that is true. That said, I think it is safe to say that much of my personality has remained the same from before my treatment. This year I’ll be turning 36 years old and I’ve been cancer-free for over 20 years. I believe that one specific aspect of my personality aligns with most people’s inner child:

“I think poop and farts are hilarious!”

Is it childish and gross-out humour of the lowest order? Yes, but it is still funny. I mean, a well-timed fart or good old poop joke still has me laughing. And my juvenile sense of humour has been somewhat useful when I go to my check-ups, where, inevitably, one of the questions I get is about poop or, in medical terms, “bowel movements.” Due to my treatment, my pancreas doesn’t entirely work and things can get a bit messy, so, it’s possible that I get the poop questions more than others do.

Anyway, during one of my recent POGO AfterCare Clinic appointments, my health team suggested that I get a colonoscopy due to the type of cancer treatment I received as a child and the fact that there is some family history of colon cancer on my dad’s side. (This part was not funny.)

Both my parents have had colonoscopies, and they offered some advice based on their experience, like do not eat certain Jell-O colours as they dye your insides. But, most importantly, they told me that in both their experiences, the worst part was not the procedure itself but the purge the day before.

For those of you unaware of the process, a few days before a colonoscopy, you start a low-fibre diet with no red meats. The day before, you can only have clear liquids and take what I would call “super laxatives”…and oh boy, do they work. One of the late effects of my cancer and treatment that I regularly deal with is spending more time close to the bathroom, but this was on a whole other level. I believe several texts to my mother included the words, “Oh God, why won’t it stop?”

The actual colonoscopy wasn’t that bad. I experienced a slight discomfort at first, but that was about it. And it is really freaky to watch the camera work its way through your colon.

During my procedure, they found a total of seven polyps (this is a lot). Luckily, the gastroenterologist was able to remove all of them and the lab results showed none were cancerous. The bad news is that because they found so many, I have to go back in three years rather than the regular ten.

While I don’t look forward to my next visit, I’m glad that I went because now I know that my colon is healthy at the moment and that the polyps that were removed don’t have the chance to turn into something much worse. One of the many benefits of going to a POGO AfterCare Clinic is that the doctors know your diagnosis, treatment protocol and what late effects need to be monitored.

Believe me, as a pessimist, I know that it sucks to go through the hassles of test after test, and I find myself thinking, “What if?” But I just remember that if they do find something, it’s better if they find it earlier rather than later.

On the positive side, I now have medical proof that I have a tight butt; I refuse to look at it any other way! 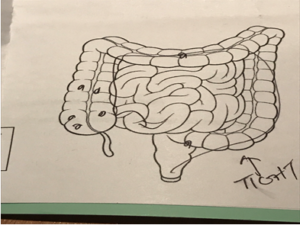 You can read more about Jamie’s cancer experiences including his challenges with mental health and his brush with hockey fame.

Presentation Description: This session reviewed the research literature on risks for psychological late-effects in AYA survivors, illustrated common presentations of psychological distress in survivors, and considered how the effects of cancer on adolescent development may impact later adjustment.

Join us on Nov 18-19 at the POGO Symposium to hear Dr. Cynthia Hawkins from @SickKidsNews talk about liquid biopsy as a new way to diagnose pediatric brain tumours. https://www.pogo.ca/education/symposium/