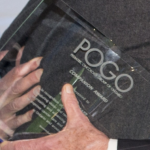 What does it take to be honoured with a POGO Recognition Award? On November 2, close to 200 guests from the childhood cancer care community attending POGO’s 2018 Symposium Dinner found out as four worthy recipients were duly celebrated. The contributions of Dr. Jodi Rosner, pharmacist Denise Reniers, Dr. David Malkin and nurse Patti Bambury demonstrated why they were deserving honourees. Congratulations to all the 2018 recipients! 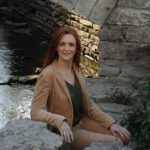 The Friends of POGO Award recognizes considerable and sustained contributions by valued partners to POGO’s overall vision, mandate and goals through endeavours ranging from strategic, political, financial and beyond.  Recipients set a standard, in the sector they represent, for their exceptional efforts. Dr. Rosner, a pediatrician at Grand River Hospital, received this award in recognition of her role as Founder & Director of the Kitchener Kids with Cancer Run/Walk. From the first Run held in August 2014 to the fifth Run held September 2018, the event has raised over $225,000 for POGO.

“This is not your ordinary race event,” says Patti Bambury, who nominated Dr. Rosner and calls her a “local hero.” “The race is filled with emotion, tears, inspiration, hope and positive energy. Pictures of survivors, children still in the battle and unfortunately a few children who lost their battle, line this beautiful, scenic route. On race day, Jodi is there before the sun rises. She then runs a quick and easy 10 kilometres, crosses the finish line and then runs right back to working on the sidelines.”

In addition to the steadfast dedication Dr. Rosner has demonstrated to her clinical practice and the children and families she treats, she has shown a deep commitment to promoting awareness of childhood cancer and POGO in the community. It is no wonder her nominators describe her as “a local hero.” 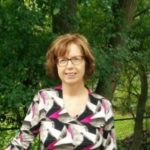 The POGO Valued Contribution Award is presented to individuals who have made an identifiable and substantial contribution over a prolonged period to the childhood cancer care community through POGO’s work.  Through their collaborations and teamwork, they have demonstrated their commitment, enthusiasm and generosity.  Denise Reniers was presented with this award for her contributions to improving care for children with cancer across Ontario in her capacity as a pharmacist with Children’s Hospital, London Health Sciences Centre.

Described as being crucial to the care provided at Children’s Hospital, Denise is known to go above and beyond to ensure the safety and quality of care of all patients. She has valiantly answered the call to champion POGO’s efforts for drug access, meticulously revising and validating data to support funding decisions for the benefit of the wider childhood cancer community. She has contributed to the development of POGO’s Childhood Cancer Care Plan and has reviewed and created content for the POGO satellite manual. Her flow chart of dosing “Capizzi” Methotrexate now hangs in POGO satellite clinics across Ontario.

This year, the POGO Companion Award paid tribute to two individuals, Dr. David Malkin and Patti Bambury, for their significant achievements to the field of childhood cancer care and control over the course of their respective careers, and to the breadth and scope of their involvement with POGO. The selection committee determined that they exemplified excellence, leadership, innovation, integrity, collaboration, teamwork and dedication. 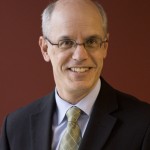 Dr. Malkin is senior staff oncologist and co-director of the cancer genetics program at The Hospital for Sick Children, senior scientist in the genetics and genome biology program of the SickKids Research Institute, and professor of pediatrics at University of Toronto. His unparalleled research contributions to the field of pediatric oncology have led to revolutionary discoveries including increased understanding of how DNA can accelerate the development of cancer in people with a genetic risk of cancer and how genomic changes may be used as a diagnostic marker of cancer risk. Dr. Malkin has been awarded millions of research dollars, including $5 million from the Terry Fox Research Institute to catalyze a $25 million precision oncology initiative, better known as PROFYLE. Grants have enabled him to continue his groundbreaking work in the surveillance and treatment of patients with Li-Fraumeni syndrome (LFS). Published in Lancet Oncology, his prospective study related to screening for carriers of TP53 mutations and LFS has almost single-handedly driven the American insurance industry to recognize the value of surveillance, leading to more rapid approval of payments for these tests.

In presenting Dr. Malkin with his award, Dr. David Hodgson, POGO’s Medical Director and Chair in Childhood Cancer Control, noted that his nominators described him as a trailblazer, an exemplary teacher and educator, a visionary, whose trainees have been recognized with prestigious POGO fellowships and poster awards.

“We salute you for your unparalleled research contributions; your sustained dedication as a leader in provincial, national and international cancer control; and your tireless efforts to improve your patients’ quality of life. We also acknowledge with deep appreciation, your dedication to advancing POGO’s mission and mandate in your former role as Medical Director and POGO Chair in Childhood Cancer Control.” 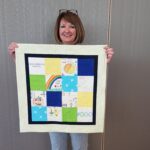 Patti Bambury’s distinguished nursing career truly embodies the qualities of a POGO Companion – an individual who is committed, strives for excellence and has exceptionally contributed to advancing state of the art childhood cancer care and control.

For over two decades, Patti was involved in numerous POGO committees and initiatives, championing the important role of nursing in the care of children with cancer.

Patti put her heart and soul into helping to conceptualize POGO’s Provincial Pediatric Oncology Satellite Program, its systematization in the first manual Blueprint, its implementation and its successive scope of practice updates. Her commitment to advancing the scope of nursing practice and standards in POGO Satellite Clinics was unwavering.

Patti participated in the development of POGO’s Pediatric Oncology Nursing Curriculum at McMaster University, becoming one of its first successful graduates.

She was a long-standing member of the POGO Provincial Nursing Committee, from 1995 until her retirement in 2018, where she presented many pediatric oncology nursing practice issues and obstacles for review and discussion. She identified gaps in the utilization of personal protective equipment for pediatric oncology nurses, which subsequently resulted in the publication of a document of recommendations. Patti was instrumental in advocating for the implementation of telephone practice and symptom management guidelines for pediatric oncology nurses given the trend for early discharge of patients and their families post diagnosis.

Patti’s leadership and long-standing commitment to POGO is further evidenced in her contribution to many provincial pediatric oncology plans, from POGO’s first report in 1994 to the current Childhood Cancer Care Plan. A member of POGO’s Board of Directors and Advisory Council, Patti is a past recipient of the POGO Valued Contribution Award and the Joan Schatz Belisle Fundraising Volunteer Award for her efforts to generate public awareness of POGO’s work through annual local Childhood Cancer Awareness Month events and to generate significant dollars raised through Clarky’s Kids for POGO.