Tyler was diagnosed with acute myeloid leukemia (AML) in 2017. AML is characterized by the replacement of normal blood cell production in the bone marrow with aggressively growing cancer cells. Upon any childhood cancer diagnosis at one of Ontario’s five hospitals with specialized pediatric cancer programs, each family is assigned a POGO Interlink Nurse to help them navigate the complexities of the healthcare system and access resources, including POGO’s financial assistance to families.

In September 2017, my 10-year old son Tyler started “showing symptoms” as they say in the healthcare system. At first, he was lethargic; he didn’t want to go out for recess, which is odd because that is his favourite time of day! We were rookies then—childhood cancer was not part of our vocabulary—so I thought he was just being lazy. Then just before Halloween we went to Great Wolf Lodge. He sat shivering and his lips were pale. I looked up the symptoms and it seemed like he might be anemic, so I called the doctor to ask to get his blood work done.

On Friday, November 10, he had his blood drawn in the morning and then we all carried on like it was a regular day. At 9:30 at night our doctor called. She said, “Melody, I need you to take Tyler to SickKids emergency right now—don’t go to any other hospital. Get a pen and paper; I want you to write this down.” She had me write down words like hemoglobin, white blood cell count, blasts and a bunch of numbers. All of this was foreign to me at the time. Then she said, “Give that piece of paper to reception as soon as you get there, but you need to go right now.” She didn’t tell me what she suspected; she wanted me to be able to drive.

I am a single mom but my parents live with us. So while my mom stayed with my other son Jahni, my dad came with Tyler and me to the hospital. It didn’t take very long before we heard the word “cancer.” After a while, a different doctor came in to give us more information and she used kid-friendly language. She said, “Tyler, I looked at your cells myself under a microscope and I don’t see anything alarming. Next we have to find out what kind of leukemia you have so we can figure out how to treat you, but you are in the right place.” Then we were wheeled up to the eighth floor and we didn’t leave the hospital for over a month.

When I looked up the survival rates for the different types of leukemia, I was praying it wasn’t AML. The diagnosis came back, it was AML and they wanted to test for a certain gene mutation which would affect his response rate to treatment. We kept our fingers crossed that he didn’t have the mutation, but he did. They told me that chemo alone wasn’t going to cure Tyler and that his best chance for survival was a bone marrow transplant. They tested all of us in the immediate family and none of us were a full match. Next step was to tap into Canadian Blood Services, but the problem is there are not a lot of donors with a similar ethnic makeup.

Jahni visited us every day in the hospital. Until Tyler’s diagnosis, we had never been apart. Every time one of my family members came to get Jahni, he would cry uncontrollably as he watched us through the glass elevators until he couldn’t see us anymore. Eventually the hospital let him stay overnight—they figured the boys came as a package.

Then, right before leaving on her Christmas holiday, Tyler’s doctor told us they were going to go with Jahni as the stem cell donor. She said, “He’s a half match and we are good with that.” And just like that, for the first time in two months, there was hope.

From beginning to end, it was only five months, which is a blip really, but it felt like a lifetime. 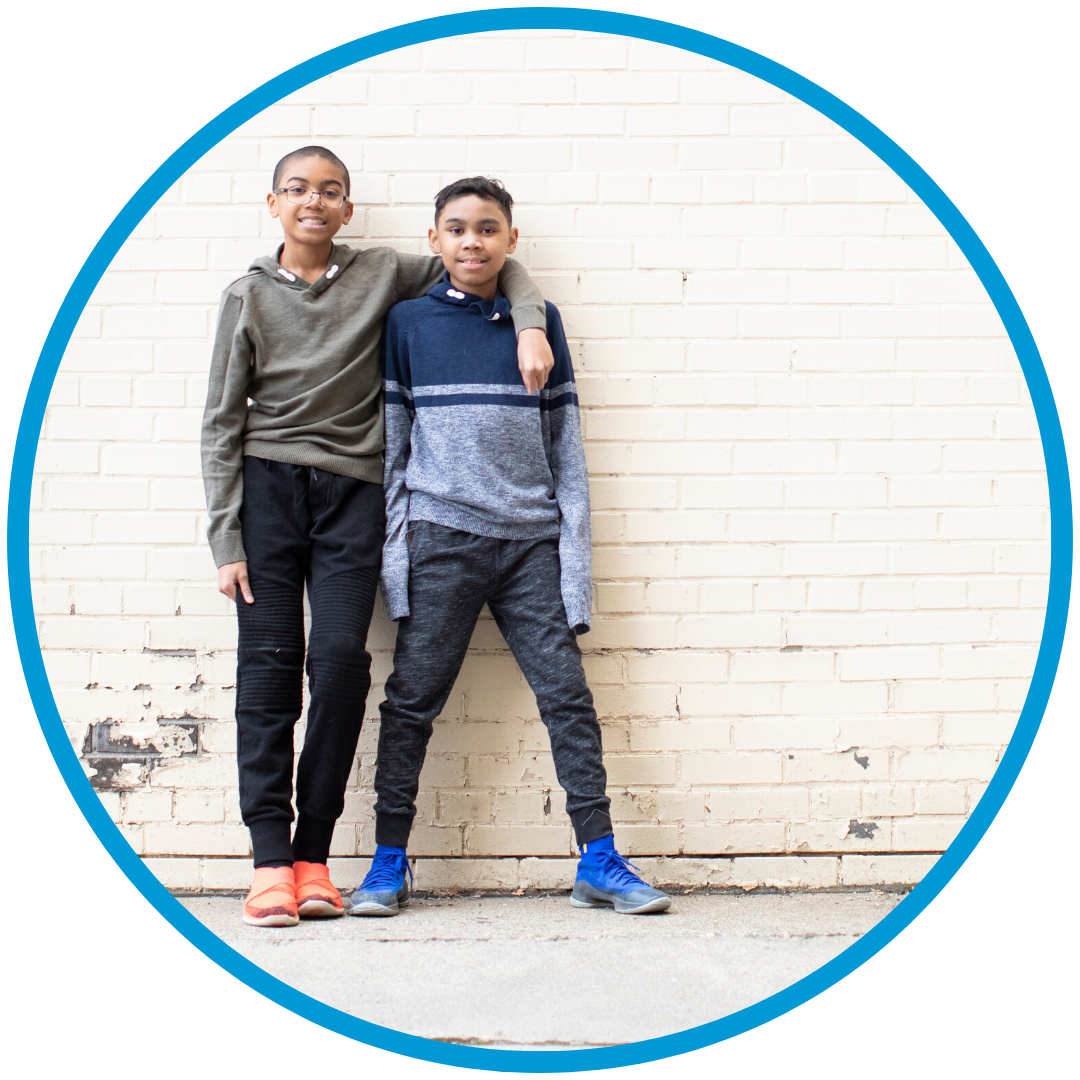 What is it like to be a stem cell donor to your little brother?

At the time, I didn’t know all the things that could go wrong for my brother, I just knew that this is what he needed. It feels good to save someone’s life. If I had to give advice to someone who is think­ing about becoming a stem cell donor, I would say, “It doesn’t hurt, and it feels good to help someone.” – Jahni D